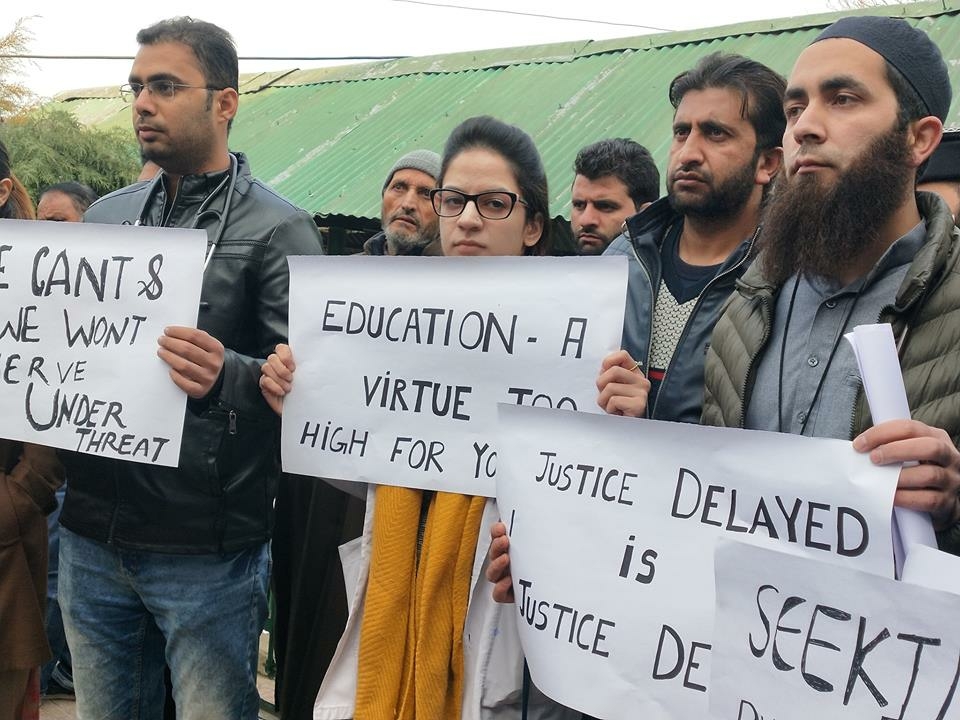 Srinagar, Dec 19: Doctor at the Chest diseases hospital (CDH), Dr Randeep Singh on Thursday accused Deputy Mayor of misbehaviour resulting in “delay in a referral and the patient’s death”.

Deputy Mayor, Sheikh Imran, on Tuesday visited the hospital where the doctors alleged that he used unparliamentary language.

Dr Randeep said it happened while he was on duty.

“Our patient who was suffering from cancer had to be immediately referred to the SMHS hospital, where multispecialty facilities are available,” he said.

“I had just returned to my room after seeing patients in the casualty. The patient’s condition deteriorated and the Deputy Mayor, without introducing himself or any prior information, barged into the room at the same time. He started abusing me and asked how I could relax on the chair while someone was dying.”

He said claimed that the Deputy Mayor had a posse of gun-wielding guards with him.

“I want to tell him that this is not a war zone where you can bring so many security guards along. He didn’t even observe that there were so many cardiac and respiratory patients sitting around.  This is a sheer show-off of power and a way of threatening the doctors.”

He alleged that Sheikh directed him to the casualty and abused him there as well.

“The Deputy Mayor enquired from the patients about my activities in the casualty. The attendants and patients told him that I was available there and had examined them,” the doctor said.

On Wednesday, the doctors at the hospital protested against the alleged misbehaviour of the Deputy Mayor, demanding an apology from him.

“Post-graduates, interns, house surgeons are always the soft targets. If a politician visits a hospital at a time when only two to three doctors are available in the emergency and on the top of it, you are using uncouth language. How is it justified?” said one of the protesting doctors.

Another doctor added: “The hospital has no proper oxygen supply, and heating issues are also there. Only 15-16 doctors are attending to the patients during night time. All you are doing is using cuss words without looking into the infrastructural deficit and posting a video on social media. Please apologise to the doctors and people of Kashmir.”