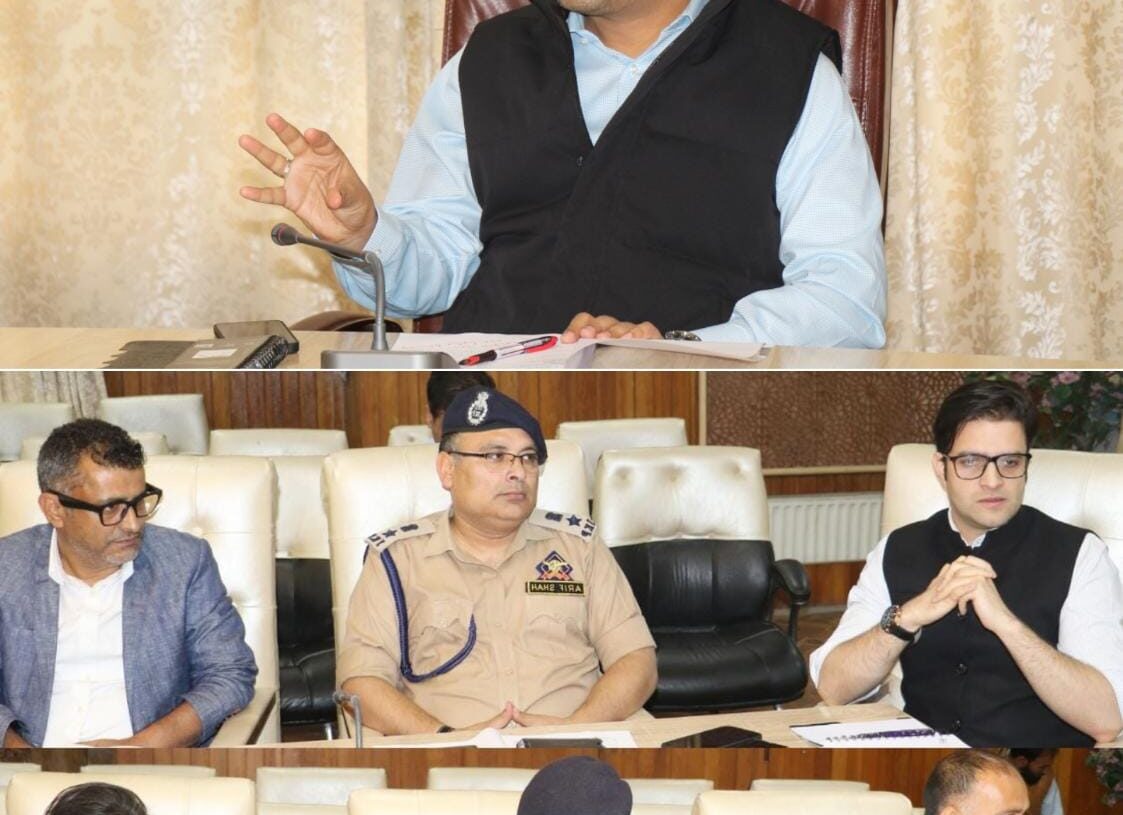 SRINAGAR, JUNE 20: In order to ensure proper regulation of e-Rickshaws on City roads and finalise routes for their operationalisation, a meeting of Regional Transport Authority (RTA) was today held under the Chairmanship of the Deputy Commissioner (DC) Srinagar, Mohammad Aijaz at DC Office Complex, here.

On the occasion, the DC who is the also Chairman of RTA Srinagar after having threadbare discussion accorded approval for operation of services of 120 e-Rickshaws in Srinagar city particularly on the hungry routes where availability of public transport facility is meagre.

The DC directed the RTO, Kashmir to conduct an exercise in consultation with RTC, Traffic Police and other concerned for finalizing an efficient and effective route plan in wake of the observation raised in the meeting so that better traffic management system is implemented to overcome the traffic issues in the City.

The DC directed the concerned Officers to undertake a comprehensive survey to check the feasibility, cost benefit analysis and identify hungry routes in different parts of the City to facilitate general public, in addition to the carrying capacity of the e-Rickshaws to avoid unregulated and mushroom operationalization of the services.

The DC constituted a Survey Committee headed by Additional Deputy Commissioner that will submit a report within the time period of two weeks to roll out an effective action plan for successful operation of e-Rickshaws in the district.

The DC further stressed that the e-Rickshaw drivers shall be given skill training and sensitized about the etiquettes and behavioural approach with commuters.

Earlier, the RTO, Kashmir apprised the meeting about the operation of the service, designated routes on which e-Rickshaws service shall ply, fixing of fair charges, besides facilities for charging stations at the terminals. He said that e-Rickshaws shall ply on hungry routes which usually see less vehicular movement.

Highlighting the advantages of e-Rickshaws, the meeting was informed that e-Rickshaw is a means of easy transport for common people and reducing pollution would bring considerable changes in reducing the pollution index.

Meanwhile, the meeting also discussed measures being taken to overcome traffic jams to ensure smooth regulation of traffic movement in the city and provide better transport services to the people. The RTA also discussed the future roadmap for next six months wherein sufficient number of Smart Buses are being procured to put in place a robust Public Transport System.