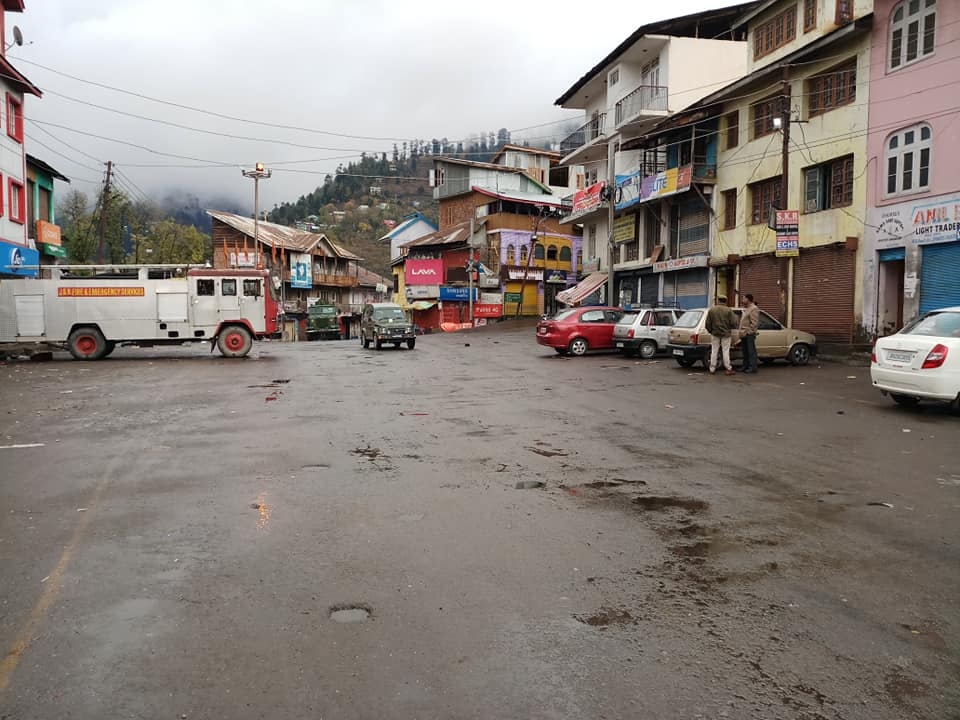 Jammu, Nov 8: Day curfew has been lifted in Jammu and Kashmir’s Kishtwar district following improvement in situation, though night curfew will remain in force as a precautionary measure, authorities said Thursday.
Curfew was imposed in the district last Thursday following the killing of BJP state secretary Anil Parihar, 52, and his brother Ajeet Parihar, 55.
“We have lifted the day curfew in Kishtwar, but the night curfew continues to remain imposed in the town as a precautionary measure,” Deputy Commissioner Angrez Singh Rana told PTI.
He has the situation has improved and there was no report of any untoward incident in the district.
The authorities had on Wednesday lifted the day curfew to allow people to buy essential commodities and celebrate Diwali.
Advisor to Governor B B Vyas Thursday visited the families of Anil Parihar and Ajeet Parihar.
While interacting with the bereaved families, Vyas expressed deep sympathies and condolences to them on behalf of Governor Satya Pal Malik and on his own.
He directed the district administration to process the case for employment and financial assistance to the kin of the deceased for appropriate and immediate consideration of the government.
Vyas assured that the governor’s administration will take all necessary steps to address the concerns of the bereaved families.
Later, the representatives of the Sanatan Dharma Sabha and the Majlis Shoura Committee, Kishtwar, also called on the advisor and urged for speedy probe into the matter.
Vyas lauded the people of Kishtwar for maintaining peace and communal harmony.
The government has constituted a Special Investigation Team (SIT) to probe the killing and directed it to expedite the investigation.
On November 1, Anil Parihar and Ajeet Parihar were returning home after closing their stationery shop when the gunmen fired at them in the Tappal Gali area.
Their killing triggered protests across the Jammu region following which authorities imposed curfew in Kishtwar and Doda districts.
The curfew was lifted from Doda district last Saturday.