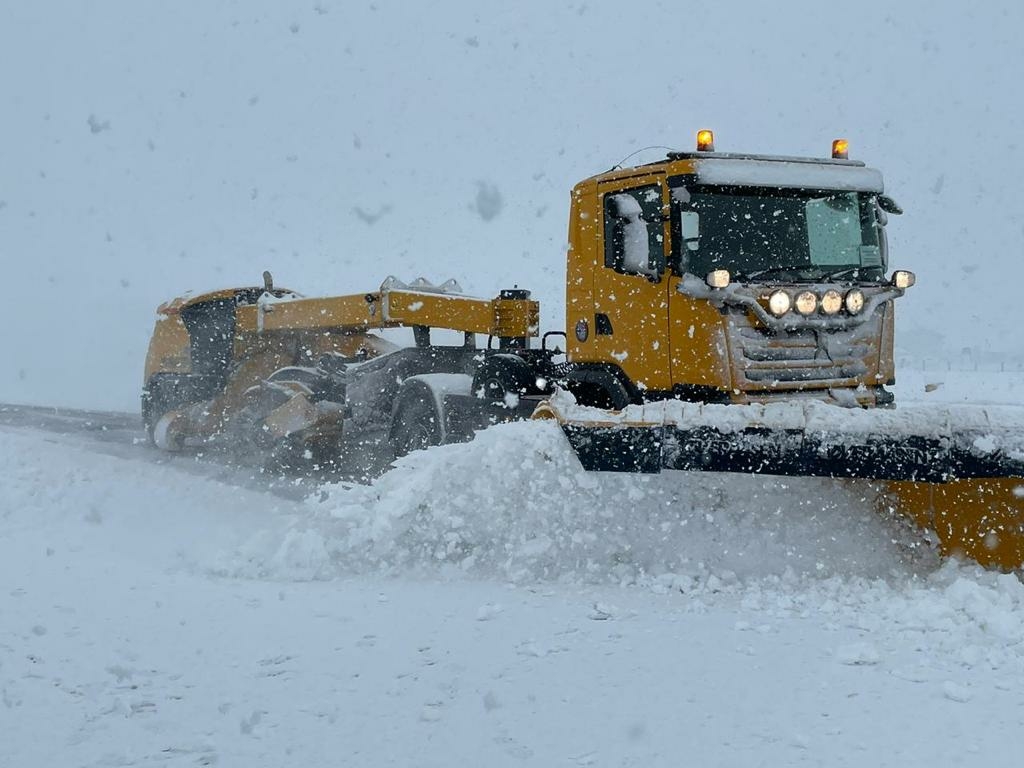 Srinagar: For the fourth consecutive day, people in Kashmir woke up to mounds of snow as the year’s first snowfall refuses to halt, turning life upside down in the valley.

What began Sunday morning, and continued intermittently, has hardly stopped since Tuesday 8 am piling up over 15 inches of fresh snow in Srinagar alone in the last 24 hours.

The situation in grave in south Kashmir where plains alone have recorded nearly four feet of snow and in some hilly areas, unverified reports said over 10 feet of snow may have accumulated.

According to IMD’s 8:30 am update today, “considerable drop in rain and snowfall activities is expected in the next few hours”.

“However, light rain/snow showers may continue at few places till evening,” the IMD said.

“A weak western disturbance is going to affect Jammu and Kashmir from tomorrow (Thursday) onward. Under its influence, isolated activities of rain/snow are possible on 7, 8 and 9 Jan. However, dry weather will prevail during these days,” it added.

“No vehicular movement shall be allowed on Jammu-Srinagar NHW from Jammu towards Srinagar and vice-versa in view of snow accumulation around the Jawahar Tunnel on Wednesday,” a statement from the Traffic Department read.

On Wednesday morning as well, over a dozen flights had already been cancelled at Srinagar Airport even as the authorities there said they signed an MoU with Beacon to “for snow removal from apron area and keeping parking stands free from snow so that when weather permits our areas should be fit for Operations.”

Last evening, Director Meteorological Department, Sonam Lotus had said that there are reports about five feet snowfall in some parts of the Valley, saying that although the reports are not confirmed yet, there is possibility that some of the higher reaches may have received even 10 feet of snowfall.

He added that the prevalent weather conditions would continue till Wednesday afternoon. “As per forecast, moderate to heavy snowfall would continue across Kashmir till late hours tonight. The weather would start gradually improving after the late night. But, overall weather would witness improvement from tomorrow afternoon,” he said.

Lotus said that although he has no mandate to speak about the avalanche, according to him, next 24 hours are crucial as such intensity of snowfall has always led to the avalanches. “People should be made aware not to venture out during the next 24 hours and take appropriate measures in this regard,” he said.

People have been asked to avoid venturing out in snowbound hilly areas as there are chances of snow avalanches.

“Clear snow on your roofs frequently (especially Kaccha Homes). Open doors/windows frequently to ensure enough supply of oxygen in your homes and remain safe. If not, it will cause death due to asphyxiation (due to poisonous gas carbon mono oxide from your bukharis/heater etc. in your room). Ensure proper ventilation and be safe,” the statement added.

People are advised not to travel on NHW-44 without confirming status of the road from Traffic control units as under: