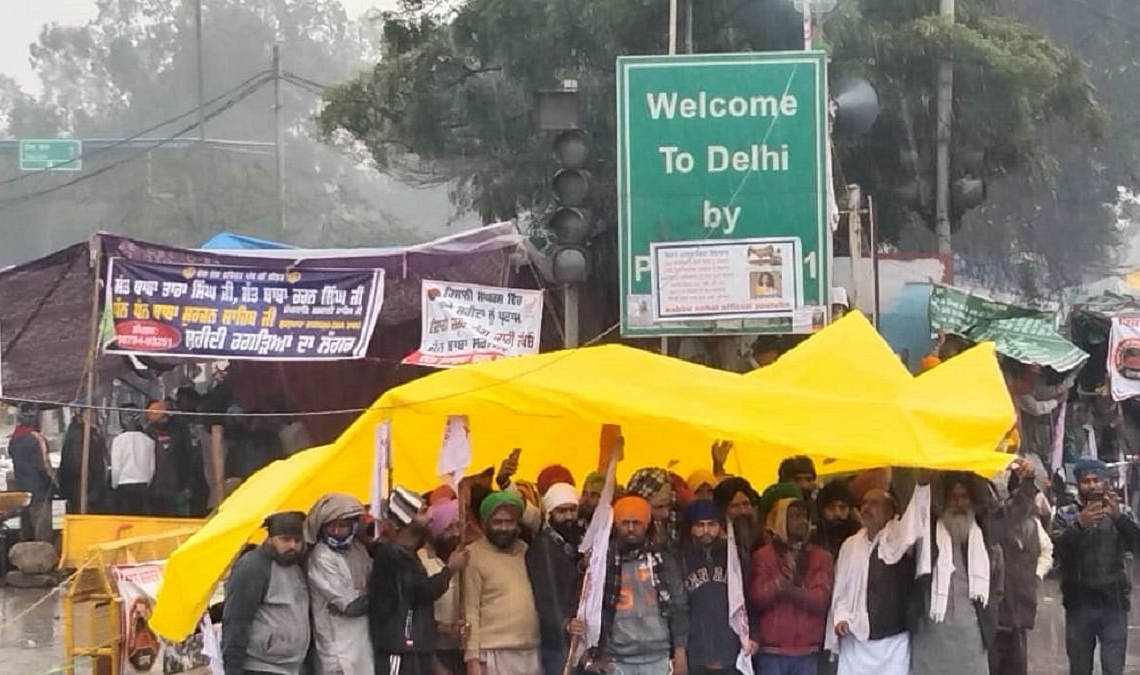 Even as farmers’ agitation on the Delhi borders continued for the 39th day on Sunday amid harsh cold and rain, the protesters were adamant that they would protest till the government withdrew the three new farm laws.

Harinder Singh Lakhowal, General Secretary of Bharatiya Kisan Union (Lakhowal) said that despite inclement weather, farmers were not ready to leave the protest site, but rather another group of farmers from Punjab would join the protesters on Sunday.

Talking about their problems owing to rain, Harinder Singh said that water had accumulated in tents set up by farmers at protest sites, but they won’t move away from roads. He said that they are arranging for more waterproof tents to tackle rain.

Meanwhile, leaders of various farmer organisations will hold their next round of talks with the Centre on Monday at Vigyan Bhavan in Delhi.

Earlier, leaders of farmer organisations had announced that they would intensify their protest if the next round of talks with the government failed to break the deadlock on their main demands or a repeal of the three farm laws and a legal guarantee on Minimum Support Price (MSP).

Bharatiya Kisan Union (BKU) state President Gurnam Singh Chaduni announced at a press conference in Jammu that farmer agitation across the country would be intensified on January 5 if negotiations failed to yield concrete results.

In a press conference at the Press Club in Delhi on Saturday, leaders of Sanyukt Kisan Morcha said that farmer unions would enter the national capital on January 26 with tractor-trolleys and other vehicles and celebrate ‘Farmers Republic Day Parade’. Several programmes at the local and national levels have also been announced by the Sanyukt Kisan Morcha before January 26.

Farmer organisations have also announced a protest march on the Kundli-Manesar-Palwal Expressway on January 6, if talks on January 4 failed. (IANS)