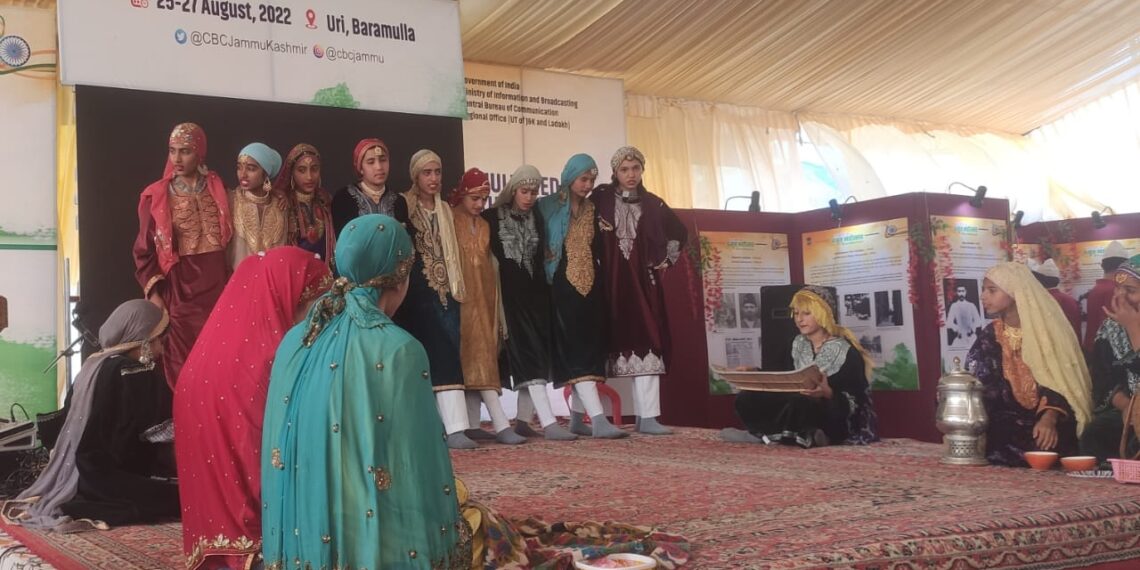 The exhibition, organized by the Central Bureau of Communication (CBC), Ministry of Information and Broadcasting, Government of India was inaugurated by. Harvinder Singh, SDM Uri on Thursday.

Sub Divisional Police Officer (SDPO), Uri  Junaid Wali presided over the valedictory function which was attended by students, teachers, officials from the administration, and respectable citizens of the town.

In his address, Junaid appreciated the organizing of the event in border town Uri and said there is a need to conduct more such awareness programs for the people of border areas. He added that we need to draw inspiration from India’s freedom struggle and fight the evils threatening our integrity and composite culture. Junaid urged the youth to stay away from narcotic drugs and use social media responsibly.

Addressing the gathering Sh. Shahid Mohammad Lone, Field Publicity Officer, CBC gave a brief overview of the multimedia exhibition and activities organized during the 3-day event. He thanked the district and sub-divisional administration for support and coordination during the event. He said that such programs aim to inform the masses about the progress that is taking place in the country and the need for people’s participation in the national development for achieving the goal of an Atma Nirbhar Bharat.

The concluding day was highlighted by the breathtaking cultural programs presented by empanelled artists and students from different schools in the area. The performances portrayed the culture and traditions of Kashmiri, Pahari, and Gojri people in an unerring manner. A documentary film on freedom fighter Chandrashekhar Azad was also screened for the students during the day.

On the second day of the event which was presided over by Bharat Kumar, Chairman of Municipal Committee, Uri, CBC organized an open quiz and painting competition for students. The winners of these competitions were felicitated by the chief guest Junaid Wali after the program.