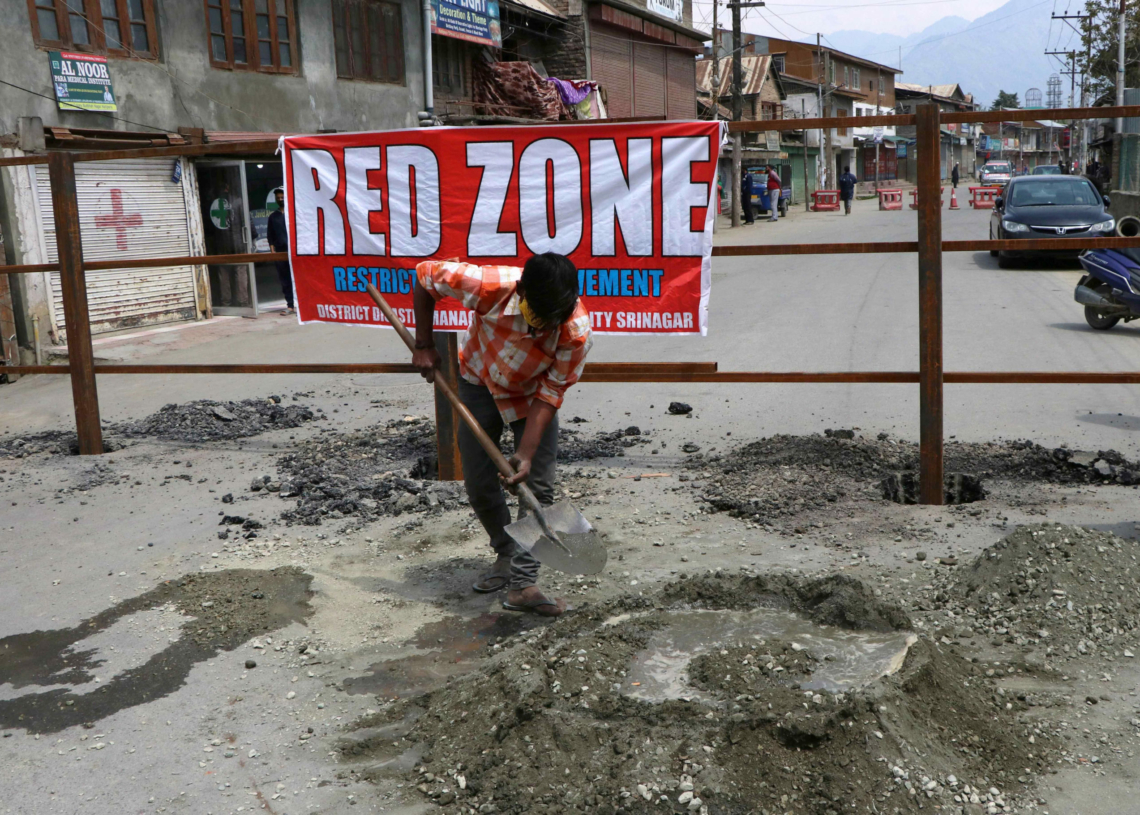 New Delhi: Parameters laid down by the Union Health Ministry such as active COVID-19 cases, doubling and fatality rates and cases per lakh population have to be taken into consideration by states and union territories while categorising areas into red, orange or green zones.

The ministry also issued guidelines for delineation of containment and buffer zones and outlined actions that have to be implemented in those areas to break the chain of transmission of the disease.

They, however, may also choose to categorise sub-division, ward or any other appropriate administrative unit into the colour-coded zones after detailed analysis at their end, duly taking into consideration the geographical spread of cases, contacts and their zone of influence in terms of the disease spread, the letter said.

This comes after the Ministry of Home Affairs issued guidelines for the fourth phase of the nationwide lockdown, giving power to states and union territories to delineate red, green and orange zones as per the COVID-19 situation taking into consideration the parameters shared by the union health ministry.

In her letter, Sudan elaborated that demarcation of the zones would be based on total active cases, cases per lakh population, doubling rate calculated over a seven-day period, case fatality rate, testing ratio (number of tests per lakh population) and sample positivity rate.

The benchmarks or thresholds for critical and desirable levels for total active cases would be more than 200 and zero or no reported case in the last 21 days, respectively.

As for case fatality rate, more than six per cent would be considered critical and less than one per cent desirable. The critical threshold for testing ratio (number of tests per lakh population) would be less than 65 while the desirable level would be more than 200, according to the letter.

Sample positivity rate would be considered critical if it is more than six per cent while less than two per cent is desirable.

The health ministry, however, underlined that the benchmarks or thresholds for critical and desirable levels are dynamic and may be revised by the Centre as per the evolving situation at the field level.

The letter mentions that the guidelines are issued following the video-conference of Prime Minister Narendra Modi with chief ministers on May 11, and taking into consideration the feedback received from them.

“The most important task once the zones are identified is field action in terms of implementation of containment plan of action. This entails identification of containment and buffer zones inside the red, orange and green zones from where cases have been primarily reported.

“A containment operation (large outbreak or cluster) is deemed successful when no case is reported in the last 28 days from containment zone,” the letter stated.

“It is reiterated that this is the primary area where intensive action is to be carried out with the aim of breaking the chain of transmission. This area should, therefore, be appropriately defined by the district administration/local urban bodies with technical inputs at local level.”

“The effective containment, it is advisable to err on the side of caution,” the letter said.

The guidelines stated that once the containment zone is delineated the perimeter will be defined and there would be strict perimeter control with establishment of clear entry and exit points.

No movement should be allowed except for medical emergencies and essential goods and services, no unchecked influx of population to be allowed and people transiting to be recorded and followed through integrated disease surveillance programme (IDSP).

Stringent action needs to be initiated within these containment zones in terms of an active search for cases through physical house-to-house surveillance by special teams formed for the purpose, testing of all cases as per sampling guidelines and contact tracing, identification of local community volunteers to help in surveillance, contact tracing and risk communication and strict enforcement of social distancing, among others, it said.

Sudan said a buffer zone also has to be delineated around each containment zone.

“Buffer zone will be primarily the area wherein additional and focused attention is needed so as to ensure that infection does not spread to adjoining areas. For effective containment, it is of paramount importance that the buffer is sufficiently large,” the letter stated.

The focus areas of action in the buffer zone include extensive surveillance for cases through monitoring of ILI/SARI cases in health facilities, among others, the guidelines stated.