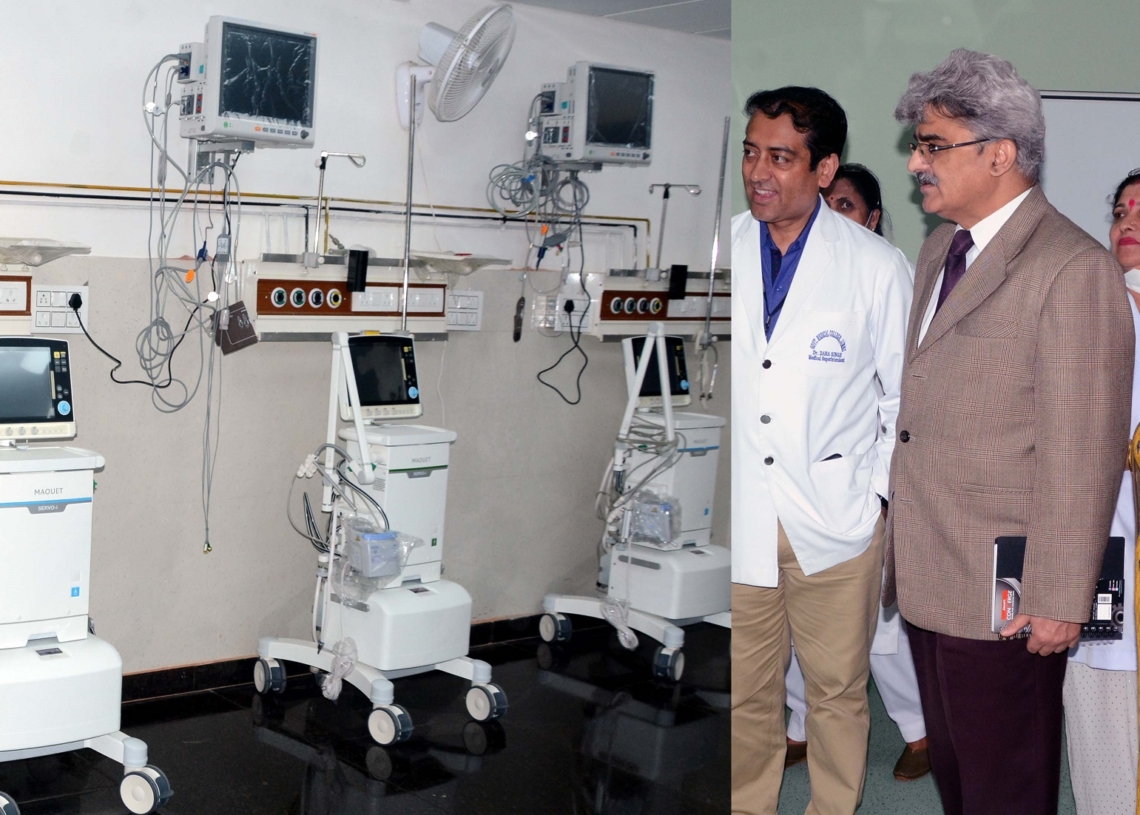 Financial Commissioner Health & Medical Education Department, Atal Dulloo today took stock of measures put in place to prevent the spread of corona virus in Jammu and Kashmir besides reviewing the facilities for patients in different hospitals of Jammu.

During his visit to the Government Medical College (GMC), Jammu, the FC inspected the isolation wards for corona virus suspects and directed the hospital authorities to follow proper guidelines with utmost care. He also directed them to make the newly constructed Intensive Care Units, High Dependency Wards functional at an earliest.

The FC also visited the Shri Maharaja Gulab Singh (SMGS) hospital where he inspected the quarantine and isolation facilities established for suspected corona virus cases of women and children.

He said that government is closely monitoring the situation and effective measures are being put in place to contain the virus in Jammu and Kashmir.

He said that government is capable of tackling the situation and said there is no need to panic. He also dispelled rumours about the death of anyone through this virus. He said that so far only one patient has tested positive in JK whose condition is stable and is under active observation of doctors.

He also said that travellers and persons in contact with suspected cases have been put under active surveillance and some of them have completed surveillance period of 28 days.

The FC also sought cooperation from public and advised them to avoid mass gatherings and urged people having travel history to affected countries to undergo self-imposed quarantine for a period of 14 days from the date of their arrival.

He reiterated that citizens must take basic precautions such as maintaining personal hygiene, hand washing, coughing and sneezing etiquettes and must avoid frequently touching face, eyes and nose. He also asked citizens to report any symptoms (fever, difficult breathing and cough) to the medical authorities immediately in order to contain the virus.

Atal Dulloo said that there is no shortage of safety masks and other equipments. He also said that seven pharma shops have been closed who were indulging in overcharging and said that Drug Controller Organisation has been activated to keep a check on the profiteers.

During his visit to GMC, the FC took stock of the facilities available for patients. He directed the concerned to operationalise the new Intensive Care Units, High Dependency Ward and Spinal Injury ward. He said that functioning of these units will bring a major relief to the patients. The FC was informed that all the arrangements are in place and these newly constructed wards will be made operational in next few days.

Coronavirus threatAt Super Specialty Hospital, Jammu, the FC took stock of the functioning of the Dialysis centre where new dialysis machines have been installed for effective patient care.