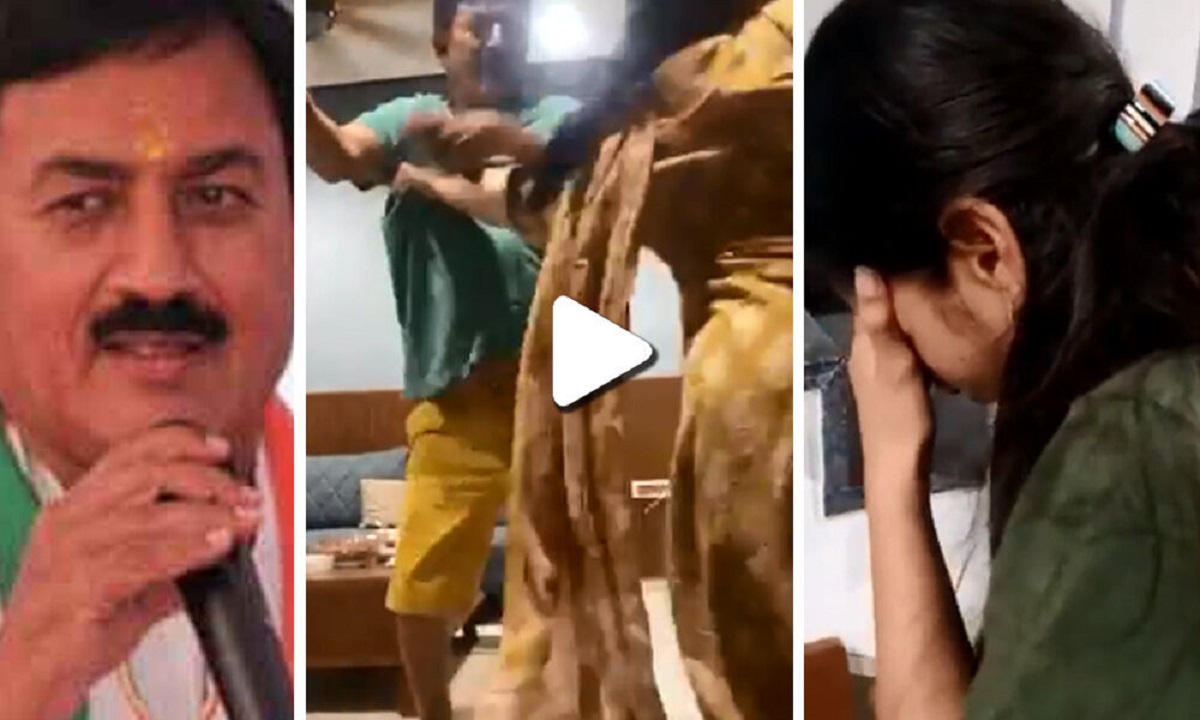 Former Union minister and senior Gujarat Congress leader Bharatsinh Solanki who has been in the news for his viral videos with his alleged girlfriend on Friday announced that he would be taking a break from active politics for a few months.

In a press meet, he clarified that the decision is his own and he has not been prodded by the party leadership. He also levelled several allegations against his wife Reshma Patel whom he married in 1999. “We have not lived together for many years. I am seeking divorce because she had tried to harm me in the past to snatch my property,” the Congress leader said adding that his divorce petition will be heard on June 15. The Congress leader said his wife had even contacted an exorcist to take his life.

A few videos of Bharat Solanki being busted by his wife Reshma Patel have surfaced in the past few days, creating a stir. On June 1, a video came to light where Reshma Patel was seen entering a house where a woman was found sitting with Solanki. Reshma Patel attacked the woman and the entire episode was video graphed. In another video, which might be the continuation of the incident on the same day, Reshma Patel could be seen pulling the other woman’s hair while a person which a mobile camera wanted to expose her face.

Though the viral videos were not confirmed, the 68-year-old leader on Friday revealed the identity of the woman and said that after his divorce, he may get married to the woman, which will be his third marriage.

Accusing Reshma Patel of joining hands with his political opponents, Solanki said, “It is obvious she is playing into the hands of those who want to harm me and the Congress in the upcoming (state) polls. Opposing parties are interested in such issues because they want to take advantage by maligning my image as well as that of the Congress.”

“I have decided to take a break from active politics for few months and will focus on social activities. I will spend more time meeting Dalits, tribals, minorities and people from other backward communities during this period,” he said.