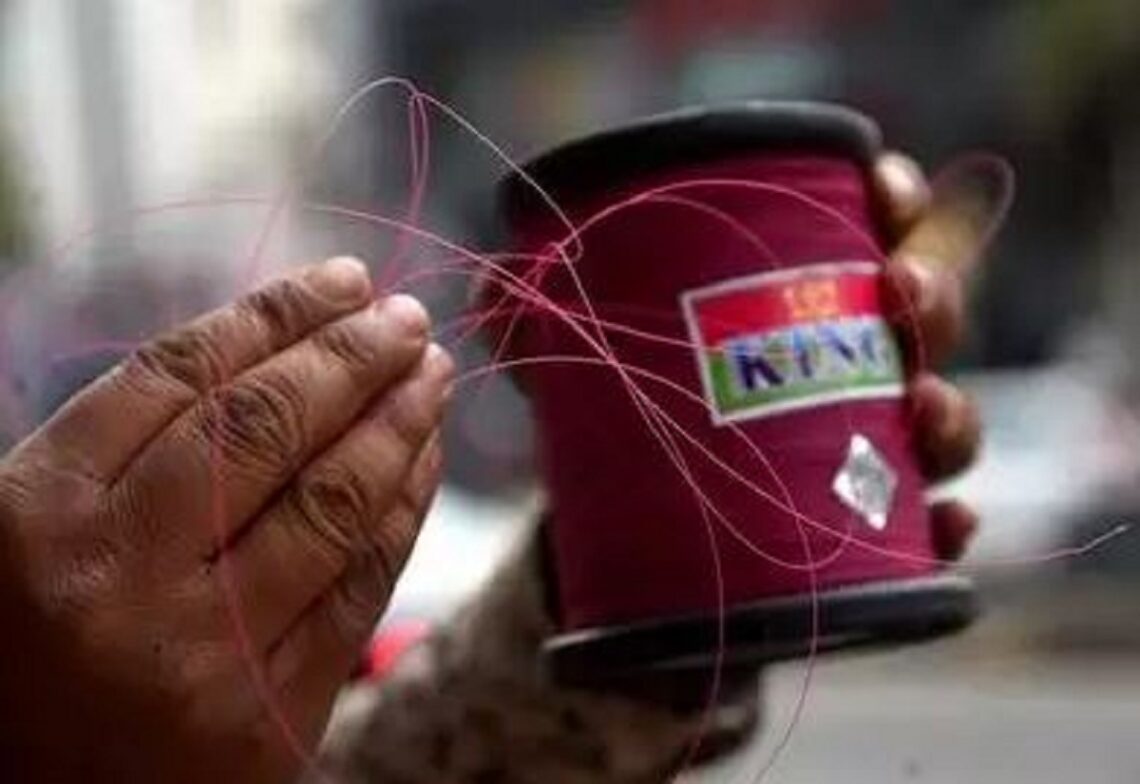 In a terrible accident, a 35-year-old biker was dead after his throat was slit by glass-coated Chinese manjha while he was riding with his wife and child to his sister’s home to celebrate Raksha Bandhan.

Reports identified the victim as Vipin Kumar from Rajdhani Park in Nagloi who was on his way to see his sister in Loni area. However, while the family were on Shastri Nagar flyover, a sharp string struck his neck, slitting his throat right away.

It was very brave of Vipin to be able to stop his bike and ensure that his wife and child were safe. He then removed his helmet when the wife realised that he had been badly injured as blood was freely flowing out from his throat.

The wife then asked for help from the passersby who helped her to take Vipin to a nearby hospital where doctors declared him dead on arrival.

According to reports, Vipin, a bread supplier, is survived by his wife and three young daughters. “The manjha was so strong that even though Vipin wrestled with it, he couldn’t break it. Instead he cut his hands too,” reports quoted his brother-in-law Sachin as saying.

Alone this year, at least three people have lost their lives in similar injuries caused by the notorious Chinese Manjha.