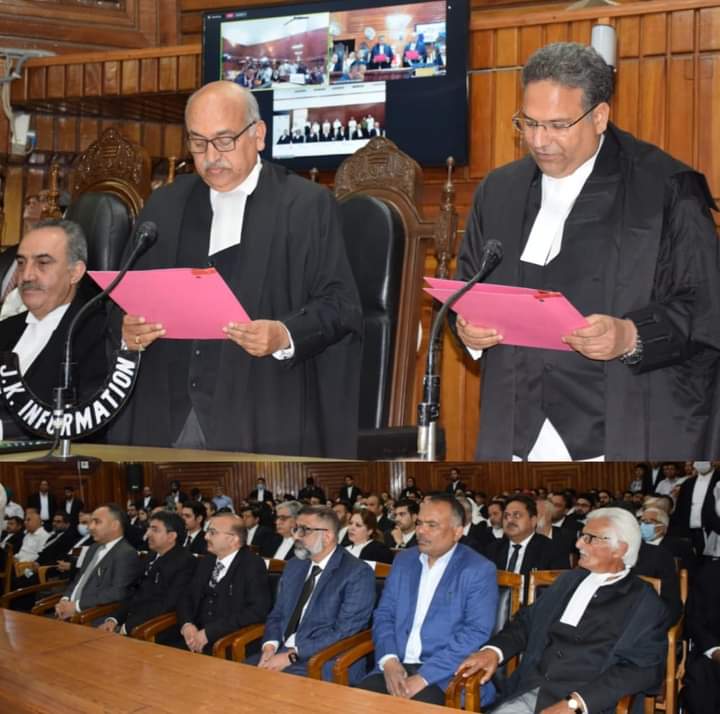 SRINAGAR, JUNE 03: Justice Wasim Sadiq Nargal, was administered the oath of office as Additional Judge of the High Court of Jammu, Kashmir, and Ladakh here today.

Chief Justice, High Court of Jammu, Kashmir, and Ladakh, Justice Pankaj Mithal, administered the oath of office to Justice Wasim Sadiq Nargal at a ceremony held at the High Court complex in Srinagar.

The proceedings of the ceremony were conducted by Registrar General of the High Court of Jammu and Kashmir and Ladakh, Sanjeev Gupta, who read the contents of the notification received from the Government of India, Ministry of Law & Justice, Department of Justice, the Warrant of Appointment issued by President of India and the Letter of Authorization issued by the Lieutenant Governor, Union Territory of Jammu & Kashmir, authorizing the Chief Justice of the High Court of Jammu & Kashmir and Ladakh, to administer the Oath of office to the newly appointed Judge. The oath-taking ceremony was also telecasted live on Youtube Channel.