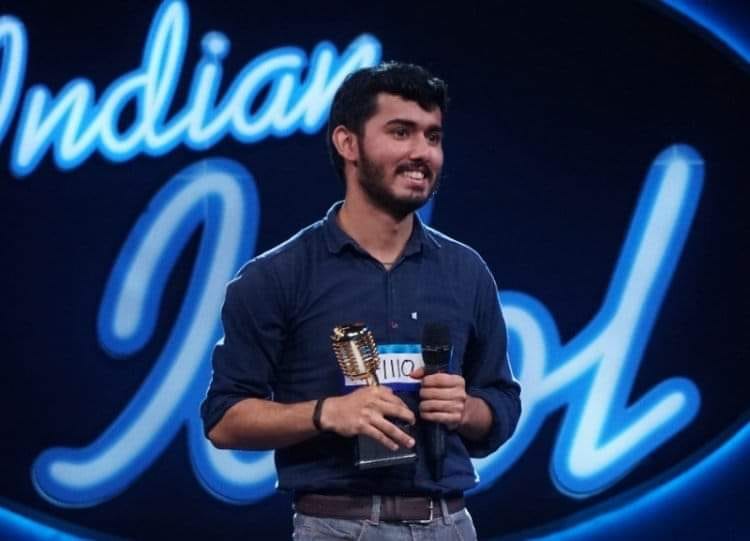 Srinagar: Chirag Kotwal’s belongings were stolen at the New Delhi Railway Station when he was on his way to audition for the ongoing Indian Idol Season 13.

However, Chirag, a budding singer from Bhaderwah in Jammu and Kashmir, did not lose hope and went on to deliver a spectacular performance in the auditions where he won the ‘golden mic’. Now, he gets a direct entry to the theatre rounds of the country’s most popular singing talent show.

Chirag’s rendition of the old Bollywood melody ‘Chaudhvin Ka Chand Ho Ya Aftab Ho’ impressed the judges Himesh Reshammiya, Neha Kakkar, and Vishal Dadlani immensely and they presented him with the ‘golden mic’.

Reshammiya, who is a popular Bollywood composer/ singer, said he had become a fan of Chirag as it was among the finest performances of the season.

“This is one of the finest performances of the season…What tonal quality, what grace! I have become a fan of you,” Himesh said while presenting the ‘golden mic’ to Chirag.

Bollywood singer and Indian Idol anchor Aditya Narayan said Chirag ‘lost everything’ at the railway station but the thieves ‘could not steal his talent’.

“He lost everything at the New Delhi Railway Station but they could not steal his talent,” he said.

The performance of Chirag has elated the netizens especially the ones from Jammu and Kashmir.

“Proud Moment for Bhaderwah as Chirag Kotwal from village Khalu Bhaderwah of Jammu and Kashmir received golden mike. Chirag came to fame after he was selected as one of the contestants in the 13th season of the singing reality show, Indian Idol on Sony TV in 2022. Congratulations Chirag, (sic),” commented a netizen on Facebook.