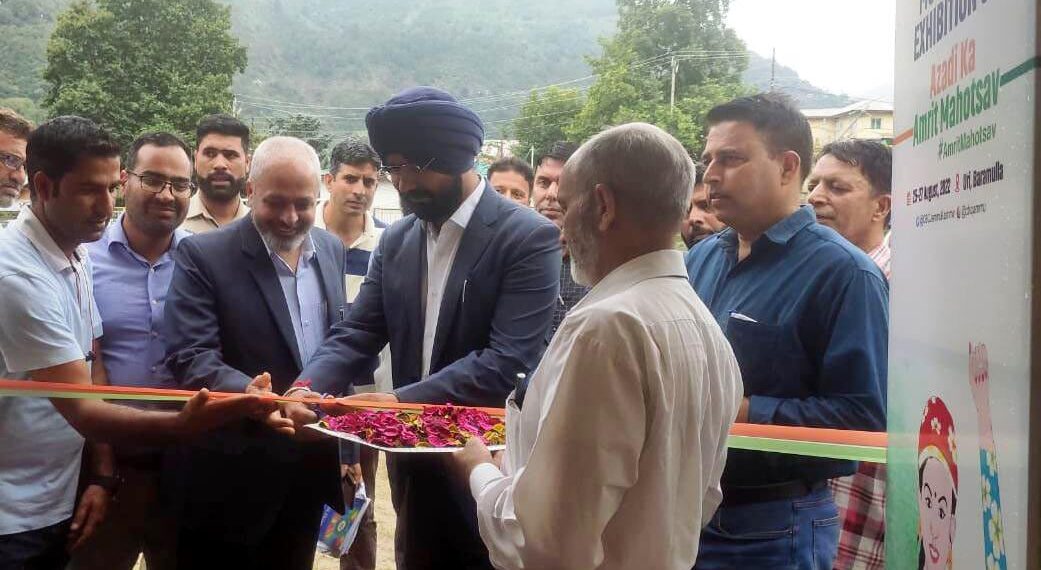 The event was organized by CBC’s Field Office Anantnag at mini stadium Uri, Baramulla. The 3-day long event is aimed at generating awareness among masses in the border town about the objectives and vision behind the celebration of Amrit Mahotsav. The multimedia exhibition showcases the freedom struggle of India through a series of photo panels, films and theme based musical programmes.

Speaking on the occasion Harvinder Singh,SDM Uri lauded the valor and determination of the people of Uri in defending the nation by pushing back the tribal intruders after India’s independence. He said it is because of sacrifices of our freedom fighters and armed forces that we live in a free country. Sh. Singh urged the people to visit the exhibition to know about the unsung heroes of freedom struggle.

Joint Director CBC, Ghulam Abass while giving a brief overview of the multimedia exhibition informed that the objective of the Amrit Mahotsav campaign is to foster national integration and work collectively for national development. Abass said that people should take benefit of the public welfare schemes launched by the government to contribute in the national development.

Others who addressed the gathering included Daljeet Singh, Sub Divisional Agricultural Officer who highlighted the efforts of the agriculture department in implementation of the schemes for farmers like PM-KISAN. Zonal Educational Officer, Uri Sh. Chowdhary Shah Mohammad in his address informed about the developments in the education sector in Uri.

Shahid Mohammad Lone, Field Publicity Officer, CBC informed that the 3-day event will conclude on 27th August and over the next two days different activities like Quiz, Painting Competitions, elocution, film screening and cultural programmes will be organized for students and masses. He said a similar programme will be organized in the border district Poonch form 27th to 29th August 2022.