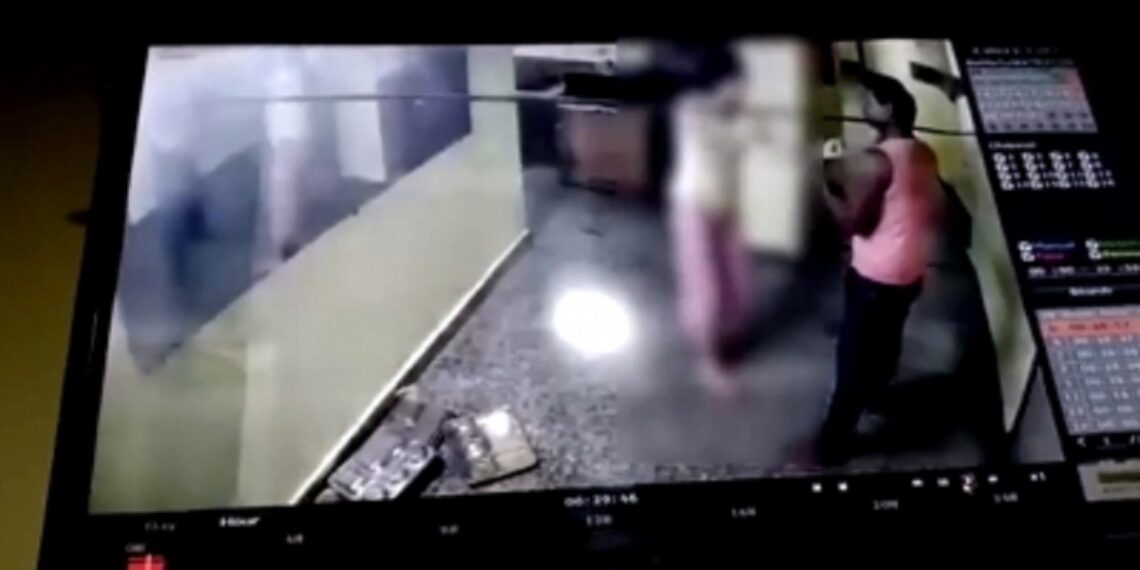 A security guard beat and molested hostel girls in Delhi with the CCTV footage of the shocking incident showing the girls running away in fear.

The girls can be seen rushing to the hostel’s corridor, while the security guard, said to be in an inebriated state, is groping and dragging them. The CCTV footage of the entire incident has gone viral on social media. The incident occurred in the Golds Villa PG in the Karol Bagh area.

Delhi Police on Wednesday finally lodged an FIR against the security guard after Delhi Commission for Women took cognisance of the video.

“Since the complainant is completely against giving a statement, legal opinion was taken and as per legal opinion and in light of the video footage, an FIR is being registered suo motu by police in this matter,” a senior police official said.

On Tuesday, Delhi Commission for Women chief Swati Maliwal had written a letter to the Delhi Police asking why no action was taken in the matter.

The Delhi Commission for Women had issued notice to Delhi Police after taking suo-moto cognisance of a video posted on Twitter regarding the molestation of girls in the Golds Villa PG, Karol Bagh.

A video was tweeted by DCW chief in which the security guard could be seen grabbing a woman and molesting her.

Earlier, a complaint was made to the owner but no action was taken.