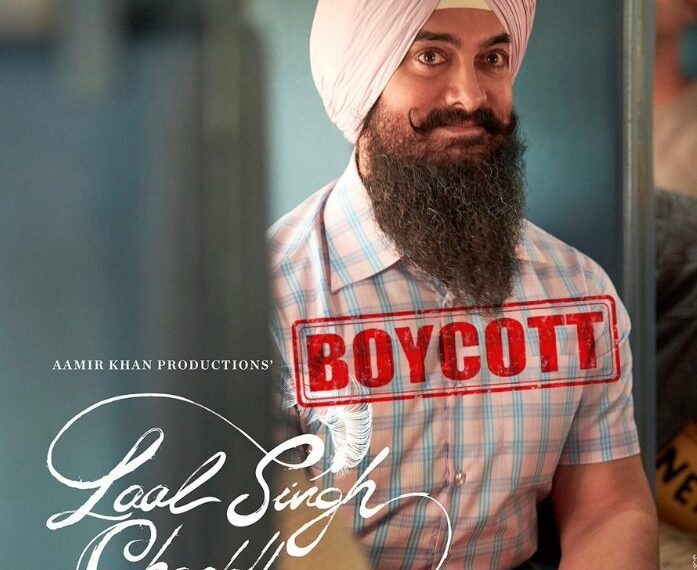 Mumbai:  Aamir Khan-Kareena Kapoor starrer ‘Laal Singh Chaddha’ is facing a backlash even before its release

Netizens are using the hashtag #BoycottLaalSinghChaddha on Twitter, asking people to not watch the movie.

Twitter users dug up Aamir’s controversial “India’s growing intolerance” statement and circulated it on the micro-blogging site. Some of Kareena’s controversial statements from the past have also been surfacing online.

Talking about the controversial statement in question, in 2015, Aamir Khan said in an interview, “Our country is very tolerant, but there are people who spread ill-will”. His wife Kiran Rao also made headlines for saying that she considered leaving the country for the safety of their children.

Netizens have called Aamir Khan ‘Anti-Hindu’ and ‘Anti-National’ while circulating his quote and video from the old interview accompanied by the hashtag #LaalSinghChaddha.

As your wife said you are not safe in India why are you telecasting your film here.#BoycottLaalSinghChaddha pic.twitter.com/FmV12YdUSu

Recently, the makers announced that Laal Singh Chaddha will be available on OTT 6 months after its release. The film is set to hit the theatres on August 11.

Produced by Aamir Khan Productions, Kiran Rao, and Viacom18 Studios, ‘Laal Singh Chaddha’ also stars Mona Singh and Naga Chaitanya. It is an official remake of the Academy Award-winning 1994 film Forrest Gump, which had Tom Hanks in the lead role.