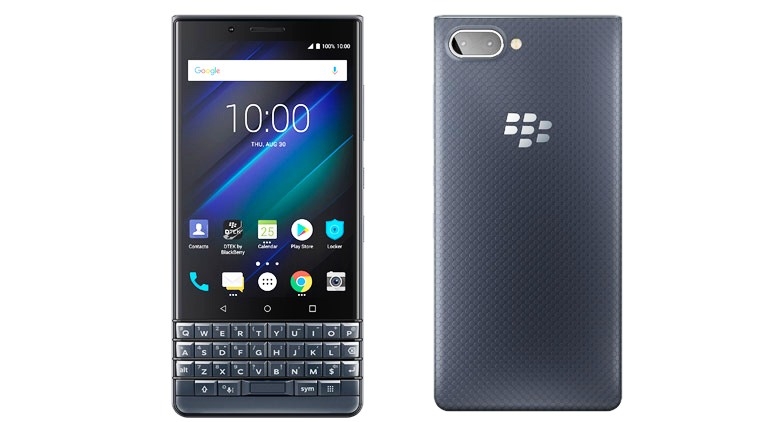 BlackBerry KEY2 LE has been officially launched in India by Optiemus Infracom Limited, which is the OEM manufacturing and selling BlackBerry phones in India. BlackBerry KEY2 LE will be Amazon exclusive in India with sales starting October 12, 2018. The KEY2 LE will cost Rs 29,990 in India.
The company had earlier launched the BlackBerry Evolve, which will also be available exclusively on Amazon India from October 10. The BlackBerry Evolve is priced at Rs 24,990 in India and has been conceptualised, designed and manufactured in India, claims the company.
BlackBerry KEY2 LE comes with the QWERTY keyboard and runs the Android 8.1 Oreo OS. The smartphone has a 4.5-inch LCD IPS display with FHD resolution (1620 x 1080 pixels) and 3:2 aspect ratio at 434 ppi density.
KEY2 LE is powered by the Qualcomm Snapdragon 636 processor clocked at 1.8GHz, which is an octa-core one coupled with 4GB RAM and 64GB of internal storage. The storage is expandable to 256GB via a microSD card. Battery on board the BlackBerry KEY2 LE is 3000mAh with the company promising 22 hours of mixed usage.
On the camera side, KEY2 LE has a 13+5MP dual setup at the back and an 8MP front camera. The camera app comes with panoramic selfie mode, selfie enhancements, Google Lens camera integration, and real-time Bokeh mode as well. Other features of BlackBerry KEY2 LE are that it is preloaded with the BlackBerry security and productivity apps, including DTEK by BlackBerry, BlackBerry Password Keeper, Privacy Shade, BlackBerry Hub and others.
It also lets users run two accounts of apps like Facebook Messenger and Instagram and allows for switching between personal and professional accounts. BlackBerry KEY2 LE will also be available in a space blue colour variant in the first week of November and users register for the ‘Notify Me’ option on Amazon.
Connectivity options on KEY2 LE are Bluetooth 5.0 LE, NFC, FM Radio. It has a USB Type-C port at the bottom of device though with USB 2.0 speeds. Sensors on the device are Fingerprint Sensor (inside spacebar), Accelerometer, Ambient Light, Proximity, Magnetometer and Hall Effect.