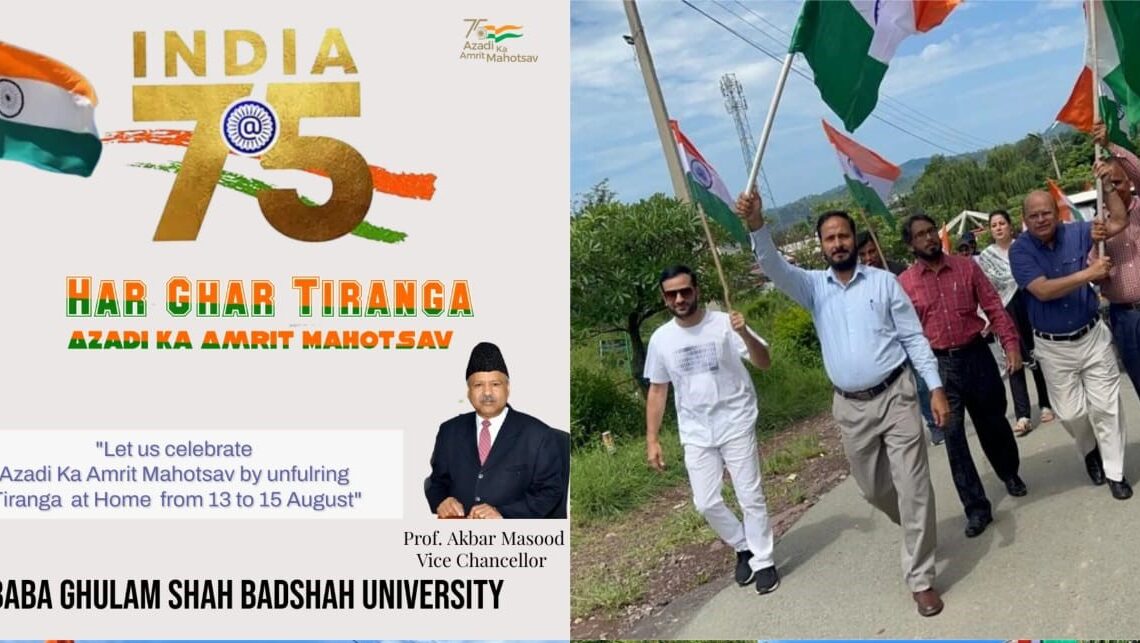 Prof. Akbar Masood said that while we are celebrating the 75th year of Independence, the Har Ghar Tiranga campaign has turned out to be the biggest festival on the globe.

On the occasion, a Tiranga Rally was organised on the campus in which officers, faculty members, students, scholars and staff of the University participated.

Prof. Akbar said that the rally has undoubtedly strengthened the spirit of patriotism and nationalism among the students, scholars, faculty and staff of the University. Prof. Akbar mentioned that our national flag instils a sense of patriotism, national pride and belongingness among the countrymen.

On the occasion, a plantation drive was also organised by the University in association with Govt. Departments. Saplings of various trees were planted on the occasion.

Further, students and scholars presented patriotic songs to pay homage to the freedom fighters who laid down their lives for the freedom of our country. In on going celebrations, a one day national workshop on Teaching of Arabic language in Pir Panjaal Region of Jammu and Kashmir was also org raised.

Renowned scholars of Arabic language from various parts of the country participated in the workshop. Further, a digital exhibition was also organised in connection with the Partition Harrors Rememberance Day to bring light on the pain, agony and suffering of millions of people who were the sufferers of the partition.

In another event, No to drugs pledge was also organised by the University in which, faculty, staff, and students participated. On the occasion, National flags were unfurled at all important locations inside the university campus. Moreover, all the important buildings viz Vice Chancellor’s residence, Vice Chancellor’s secretariat, Teaching Departments and hostels have been lit up in tricolour.