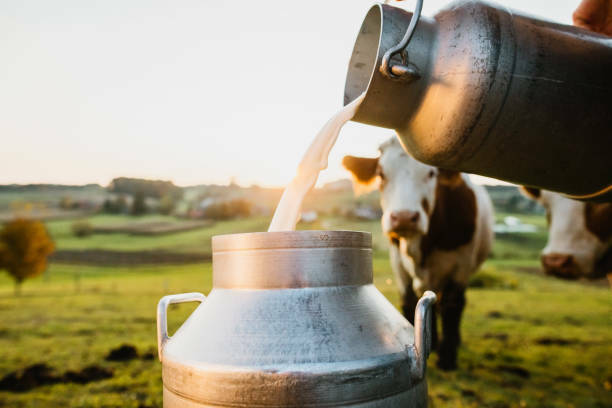 With an aim of Doubling Farmers’ income from dairying, the Administration is working tirelessly to ensure utmost priority is being extended to dairy development in the union territory by way of implementing various developmental schemes, initiatives, policies, among others.

Dairy is one of the most important sectors and the vast population living in rural areas relies on dairy and livestock for their livelihood. Therefore, improving the position of the dairy sector in Jammu and Kashmir is directly proportional to improving the socio-economic condition of people.

One of the beneficiaries Fareeda Bano of Mulnar has established one Dairy Unit comprising of 5 cows under IDDS. Farida had experience in rearing cows but was awaiting an opportunity to extend it on larger scale was a challenge for her.

In the meantime, Fareda came to know about recently launched IDDS scheme and applied for it. Her unit got approval for establishment and since then there is no looking back.

After establishment of this venture, Fareeda produces around 70-75 litres of milk everyday with the presence of around eight quality heifers. She has expressed her gratitude to Animal Husbandry Department and all the staff that stood with her during the course of establishment and making it a very hassle free process.

Similarly, Mushtaq Ahmad Wani of Danihama, Hazratbal established one Dairy Unit comprising with five cows under IDDS.
Wani had good experience in rearing cows but was awaiting an opportunity to extend it. His unit got approval for establishment and he is earning a handsome profit from this venture. The daily milk production witnessed from his farm is about of 75-80 litres per day.

Wani had also applied for purchase of Milk Van under the same government scheme which he also got approved and successfully purchased the Milk Van which has highly benefited him towards dissemination of the milk to adjoining villages and some individual customers.

J&K government is making reformative interventions on daily basis to bring new dawn of White Revolution across Jammu and Kashmir, besides creating better livelihood opportunities for farmers and those associated with dairy production.