Bengaluru FC Have Made Winning a Habit: Sandhu 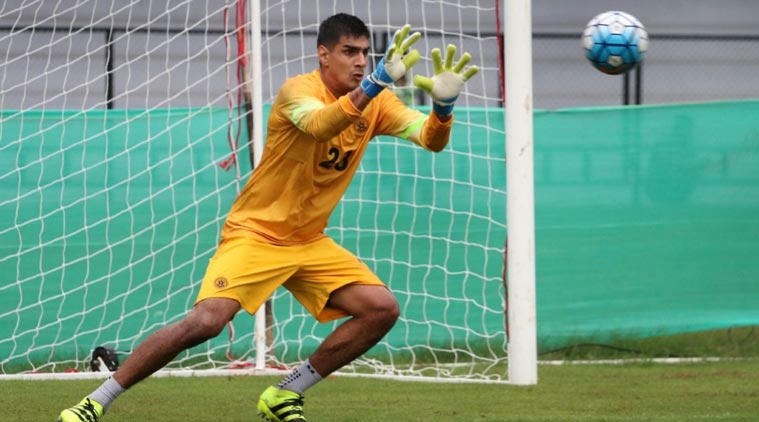 New Delhi: Five years ago, Indian football had a new kid on the block by the name of Bengaluru FC. Since then, they’ve gone on to win silverware every single year and in the process turned into one of the top dogs. The I-League, the Federation Cup and now the Super Cup (erstwhile Federation Cup) are all in the cabinet, while the Indian Super League remains elusive.

Bengaluru FC brought to the table good quality football along with consistency. Apart from being one of the teams to beat at home, even if they haven’t won silverware in Asia, they’ve done well.

“At the beginning no one imagined this kind of success for the club. It became a habit and we are expected to achieve these high levels. The mindset from top to bottom is simple – go win!” says Gurpreet Singh Sandhu, the Bengaluru FC goal keeper over a telephonic conversation.

“We do not take any tournament lightly, and in the Super Cup itself there were teams who didn’t play full strength.”
“We have played well all through the season and we deserved silverware. The ISL final defeat to Chennaiyin FC was definitely disappointing and we had to win the Super Cup,” Gurpreet says establishing that a trophy-less season would be considered under-achieving.

In the recently completed domestic season, Bengaluru FC topped the table in the league stages of the Indian Super League before losing the final to Chennaiyin FC 3-2 at home. In the inaugural edition of the Super Cup in Bhubaneswar, the Sunil Chhetri led side beat East Bengal 4-1 in the final.

Bengaluru FC, except for their game against Neroca has fought back from a goal down to emerge victorious, and the final wasn’t any different either. East Bengal led before the half hour mark, but that was negated within the next 15 minutes.

“We were always confident of creating chances and knew Sunil Chhetri or Miku would score. East Bengal began with a lot of intensity which is difficult to keep up through the game. We knew we had to be patient,” says Gurpreet, for whom the Super Cup is his first title with the Bangalore outfit.

“The Super Cup is a great competition and the fact that the I-League teams did well was good. But the weather was extremely harsh for the players. That with the timing is a reason why many people couldn’t come to the games,” says the India international who is well known for not mincing words. Through the duration of the Super Cup in Bhubaneswar, players have taken to social media and made their feelings about the harsh weather conditions known