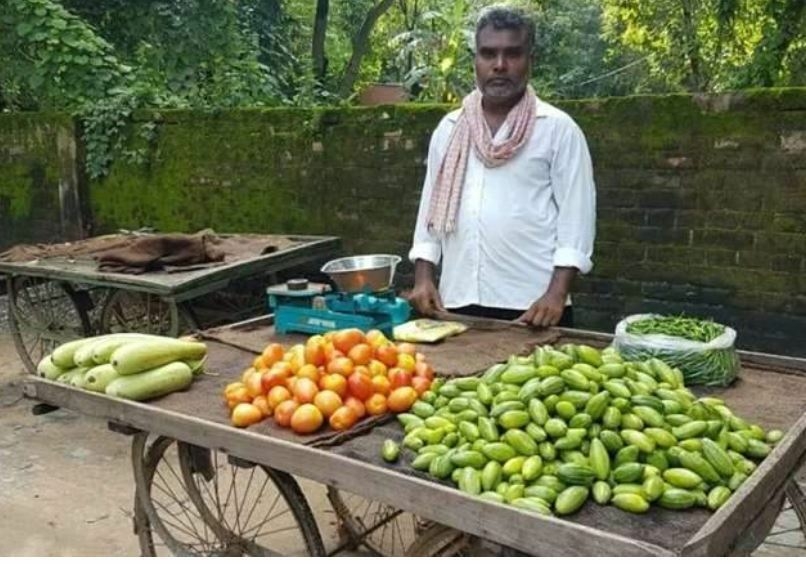 Azamgarh:He is just another face in the crowd but when he talks about his background, one realises what time and circumstances have done to this man.

Ram Vriksha Gaur, one of the directors of the famous TV serial ‘Balika Vadhu’, is now selling vegetables in Azamgarh district.

“I had come to Azamgarh for the recce of a film. We were here when the lockdown was announced and then it was not possible to return. The project we were working on was stopped and the producer said it would take another year or more to get back to work. I then decided to take on my father’s business and started selling vegetables on a handcart. I am familiar with the business and have no regrets,” he told reporters.

Talking about his journey to Mumbai, Ram Vriksha said, “I went to Mumbai in 2002 with the help of my friend and writer Shahnawaz Khan. I worked in the light department and then in the production department of TV serials. I became an assistant director in the production of many serials first, then worked as the episode director and unit director for ‘Balika Vadhu’.” Ram Vriksha has worked as an assistant director with directors of films of Yashpal Sharma, Milind Gunaji, Rajpal Yadav, Randeep Hooda, Sunil Shetty.

He was all set to start work on a Bhojpuri film and then a Hindi film when the pandemic set in.

“I have my own house in Mumbai and I am confident that I will return one day. Till then, I am here doing what I can,” he ended.