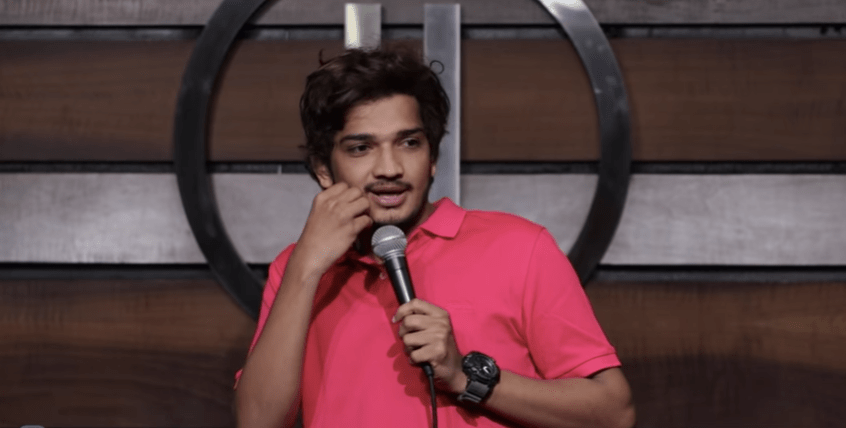 Indore: A court in Madhya Pradesh’s Indore has rejected bail to stand-up comedian Munawar Faruqui and another accused who were arrested last week on a complaint that “indecent” remarks were made against Hindu deities during a show held in Indore.

After hearing arguments of both the sides, Additional District and Sessions court judge Yatindra Kumar Guru rejected the bail plea of Munawar Faruqui and Nalin Yadav.

On January 2, the court of chief judicial magistrate rejected the bail plea of the comedian, Nalin Yadav and three others.

Munawar Faruqui, a resident of Gujarat, was arrested on Saturday along with four others for allegedly making indecent remarks against Hindu deities and against Union Home Minister Amit Shah during a show held at a cafe in 56 Dukan area of Indore on January 1.

The complaint was filed against them by Eklavya Singh Gaur, 36, son of local BJP legislator Malini Laxman Singh Gaur.

Anshuman Shrivastava, the lawyer for Munawar Faruqui and Nalin Yadav, said that the allegations levelled against his clients are “vague” in nature. He said the two were booked under political pressure.

He said Munawar Faruqui and Nalin Yadav are actors and didn’t make any comment that hurt the religious feelings of any person.

Opposing the bail plea, prosecution lawyer Vimal Mishra said both the accused had participated in the event for which no permission was taken from local administration amid the pandemic.

Mishra said indecent remarks were made against Hindu deities at the event, which he claimed was “full of obscenity despite the presence of minor boys and girls among the audience.”

The other arrested people were identified as Edwin Anthony, Prakhar Vyas and Priyam Vyas.

One more person was arrested later for taking part in the programme, the police had said.