‘Aur banao Insta reel’: Boy hit by train as his friends shoot his video for Instagram 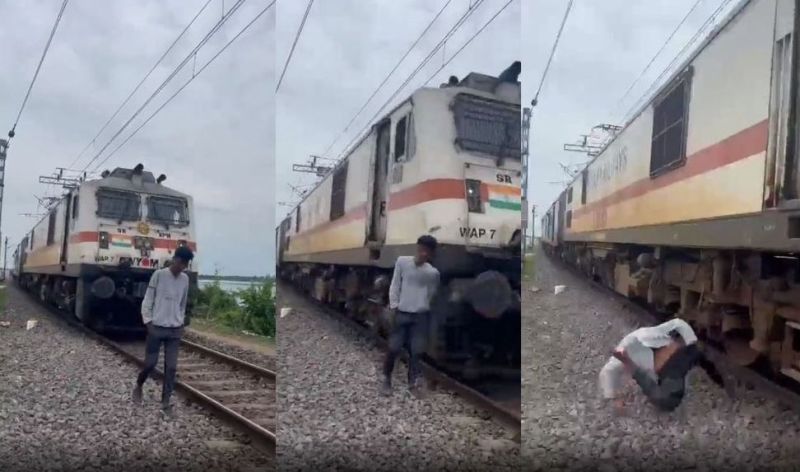 A teenager who planned to spend his day off making Instagram reels was hit by a train while his friends were shooting a video of him walking in front of the locomotive.

The shocking incident took place at the Vaddepalli railway track in the Hanumakonda district in Telangana on Sunday.

The boy, Vijay was hit by the train while he was trying to walk next to the speeding train with an air of machoism oblivious of the fact that he was too close to be hit by it.

The speeding train tossed the boy down as he suffered grievous injuries. His friends shooting the video rushed to help him. A railway guard, who noticed Ajay covered with blood on the track, called the ambulance service and he was shifted to a nearby hospital. He is currently undergoing treatment.