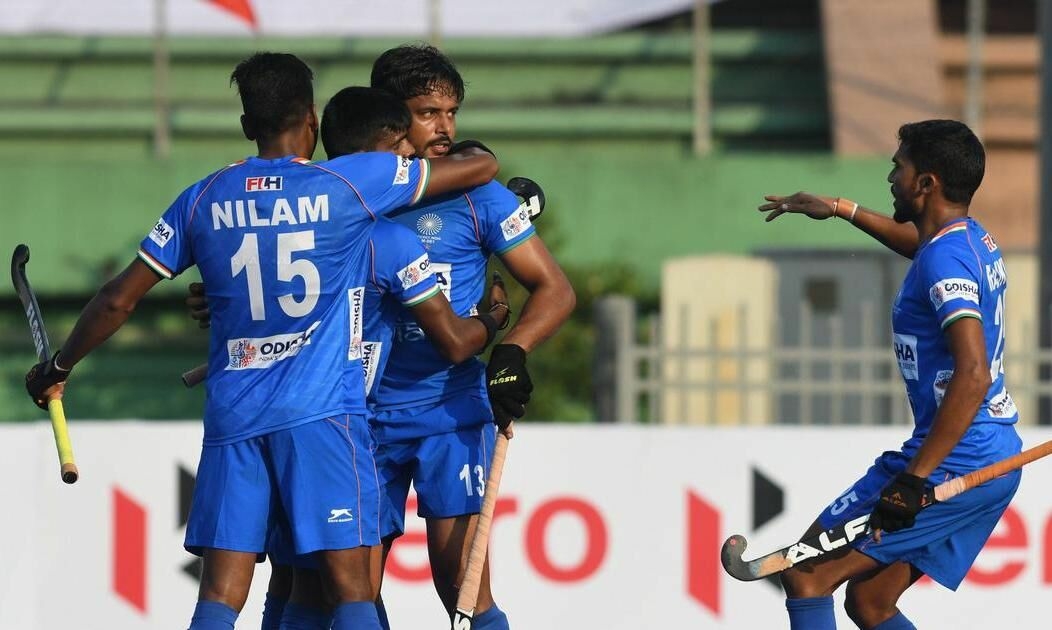 India defeated Pakistan 3-1 in a high-amplitude match of the Asian Champions Trophy hockey tournament at the Maulana Bhasani National Hockey Stadium in Dhaka.

With this victory, India maintained their position at the top of the points table with two wins and a draw in three matches.

Harmanpreet Singh was the star for India scoring a brace while Akashdeep also chipped in with one goal. Manzoor Junaid was the only one to get on the scoresheet for Pakistan.

India drew the first blood quickly when Harmanpreet struck his first goal in the ninth minute converting a short-corner, which was the only goal in the first half. India then doubled the lead, scoring minutes into the third quarter when Akashdeep crowned a field goal.

Pakistan managed to pull one back three minutes later when Manzoor fired a field goal to make it 2-1.

While the green-shirts started to pose threats towards the end, India doubled the lead as Harmanpreet converted a second short-corner in the 53rd minute to seal the fate of the match.

Harmanpreet was awarded the man-of-the-match award for his stellar performance.

The defeat saw Bangladesh yet to open their account playing two matches while Korea moved to the second position on the points table with five points from three outings.

ISL Special: East Bengal, from an Indian football powerhouse to a passenger bogie