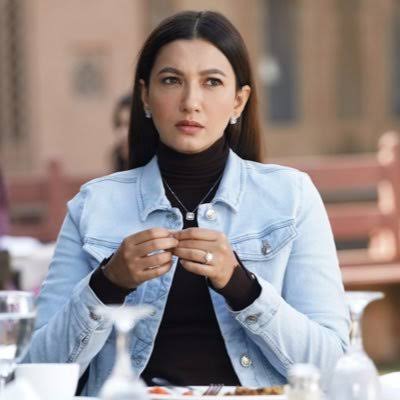 Bollywood actor and Bigg Boss 7 winner Gauahar Khan won the hearts of Muslims when she minced no words in condemning the Israeli aggression against Palestinians.

She took to Instagram to voice her support for the victims of the ongoing violence in Gaza.

“We stand with Gaza… The latest air strikes are the worst since May 2021, where Israel killed at least 250 people in Gaza, including 67 children..Hey world leaders and so-called human rights activists, aren’t these lives ‘white enough’ for their lives to matter???? Where’s the outrage??? @humanrightswatch,” she wrote.

Gauahar has always been championing the causes of Muslim victims. Early this year, amid the Bulli Bai' row, Gauahar Khan took on a troll who raised thefour wives and girls education’ issue to pin down the actress.

A maroon base woven shawl covered in ethnic paisleys and floral patterns embroidery complimented the dress. Adding to ethnic looks was a pair of long silver earrings.