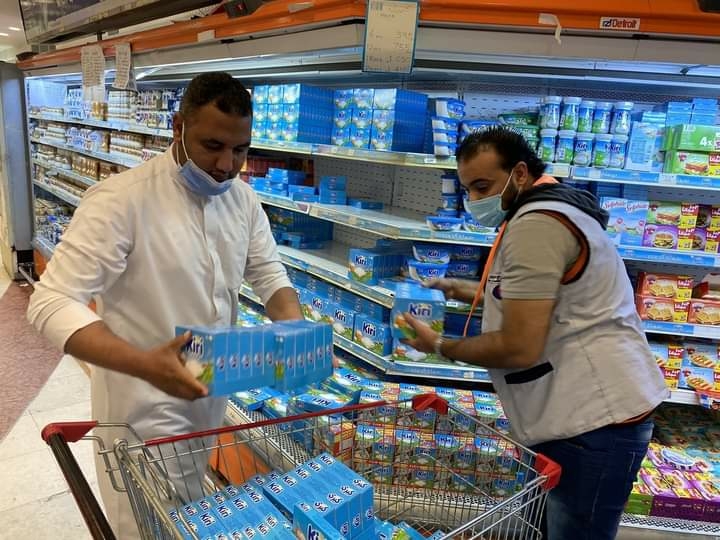 Trade associations in many Arab countries have announced boycotting of French products in protest against the recent comments made by President Emmanuel Macron on Islam.

Earlier this month, Macron pledged to fight “Islamist separatism”, which he said was threatening to take control in some Muslim communities around France.

He also described Islam as a religion “in crisis” worldwide and said the government would present a bill in December to strengthen a 1905 law that officially separated church and state in France.

In addition, last week, huge images of controversial Charlie Hebdo cartoons on a local government building after beheading of Samuel Paty, the teacher killed after he showed the cartoon to students.

Reportedly, the images were projected onto two town halls in the Occitanie region — Montpellier and Toulouse for over four hours on Wednesday evening. Carole Delga, the mayor said that the decision to project the image was to state “there must be no weakness in the face of the enemies of democracy, facing those who transform religion into a weapon of war… those who intend to destroy the Republic.”

Meanwhile, Macron’s comments, in addition to his backing of satirical outlets publishing caricatures of the Prophet Muhammad (ﷺ), has led to a social media campaign calling for the boycott of French products from supermarkets in Arab countries and Turkey.

Hashtags such as the #BoycottFrenchProducts in English and the Arabic #ExceptGodsMessenger trended across countries including Kuwait, Qatar, Palestine, Egypt, Algeria, Jordan, Saudi Arabia and Turkey.

In Kuwait, the chairman and members of the board of directors of the Al-Naeem Cooperative Society decided to boycott all French products and to remove them from supermarket shelves.

The Dahiyat al-Thuhr association took the same step, saying: “Based on the position of French President Emmanuel Macron and his support for the offensive cartoons against our beloved prophet, we decided to remove all French products from the market and branches until further notice.”

In Qatar, the Wajbah Dairy company announced a boycott of French products and pledged to provide alternatives, according to their Twitter account.

“We affirm that as a national company, we work according to a vision consistent with our true religion, our established customs and traditions, and in a way that serves our country and our faith and meets the aspirations of our customers.”

Qatar University also joined the campaign. Its administration has postponed a French Cultural Week event indefinitely, citing the “deliberate abuse of Islam and its symbols”.

In a statement on Twitter, the university said any prejudice against Islamic belief, sanctities and symbols is “totally unacceptable, as these offences harm universal human values ​​and the highest moral principles that contemporary societies highly regard”.

The Gulf Cooperation Council (GCC) described Macron’s statements as “irresponsible”, and said they are aimed at spreading a culture of hatred among peoples.

“At a time when efforts must be directed towards promoting culture, tolerance and dialogue between cultures and religions, such rejected statements and calls for publishing insulting images of the Prophet (Muhammad) – may blessings and peace be upon him – are published,” said the council’s secretary-general, Nayef al-Hajraf.

Al-Hajraf called on world leaders, thinkers and opinion leaders to reject hate speech and contempt of religions and their symbols, and to respect the feelings of Muslims, instead of falling captive to Islamophobia.

In a statement, Kuwait’s foreign ministry warned against the support of abuses and discriminatory policies that link Islam to terrorism, saying it “represents a falsification of reality, insults the teachings of Islam, and offends the feelings of Muslims around the world”.

On Friday, the Organisation of Islamic Cooperation (OIC) condemned what it said was France’s continued attack against Muslims by insulting religious symbols.

The secretariat of the Jeddah-based organisation said in a statement it is surprised at the official political rhetoric issued by some French officials that offend French-Islamic relations and fuels feelings of hatred for political party gains.

Feature to mute WhatsApp chats forever now available on Android, iOS: Here's how to do it