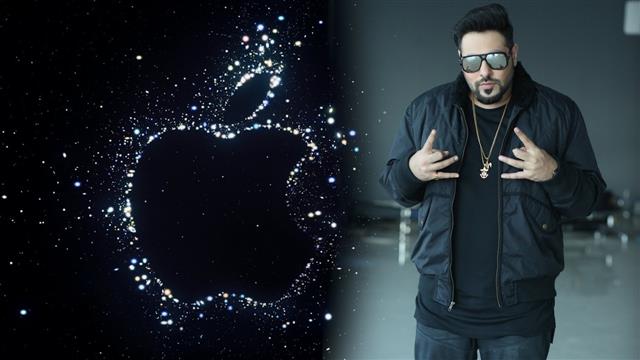 The Apple launch event on Wednesday brought an avalanche of new products.

In the 90-minute-long presentation, Apple unveiled the latest series of products, including the coveted iPhone 14 series, the new Apple Watch Series 8 and other additions to its smartwatch lineup and the updated AirPods Pro 2.

With a significant number of Indian customers glued to the screens watching the event, Apple sent fans into frenzy by playing singer and rapper Badshah’s song at the event.

While introducing the new AirPods Pro 2, Badshah’s song ‘Voodoo’ played in the backdrop and proud desi netizens could not keep calm.

Badshah replied by retweeting the video and putting ‘Indian flag emojis’ in the caption.

He even agreed with a user calling his song being played at the event as ‘Apple’s peak moment’.

The song was released in April this year and marked the first collaboration between Badshah and insternational superstar J Balvin.