Anand Mahindra wants to work with Bilal, the ‘Elon Musk of Kashmir’ 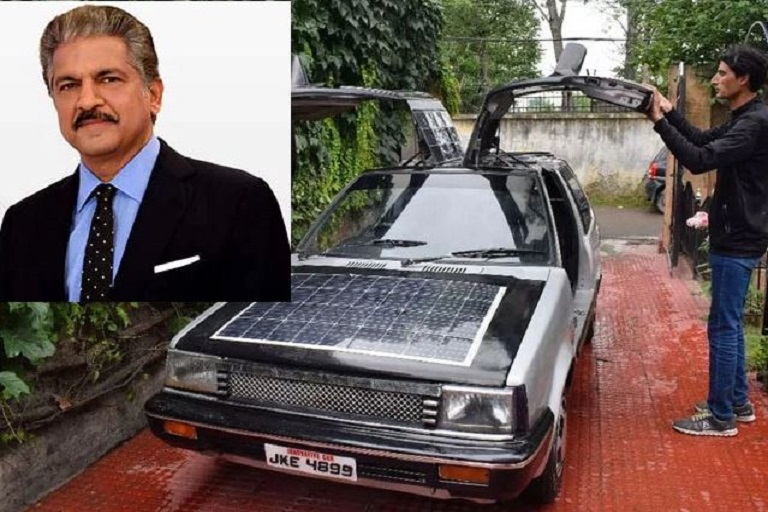 Bilal Mir, a Kashmir mathematician who built a solar car after working on the project for 13 years is being lauded across India with netizens calling him the ‘Elon Musk of Kashmir’.

The latest among those recognising his feat is none other than Anand Mahindra, Chairman of Mahindra Group.

“Bilal’s passion is commendable. I applaud his single-handedly developing this prototype. Clearly the design needs to evolve into a production-friendly version. Perhaps our team at Mahindra Research Valley can work alongside him to develop it further,” Anand Mahindra tweeted on Wednesday while sharing a news story about Bilal.

Anand also tagged Velusamy R in his tweet. Velusamy currently serves as the Chief of Global Product Development – Automotive Division at Mahindra & Mahindra, India and he is the Vice-Chairman – SIAM Emission & Conservation Committee.

Bilal’s story has been nothing short of genius with little to no means to chase his passion for developing such a vehicle.

This is the second offer Bilal has received in a month. Earlier a professor of NIT Srinagar contacted him to sell his idea to Maruti Udyog, which Bilal refused. “I can’t hand over my project to someone for money. If someone can help me in the project, I will be happy, but selling my idea is out of the question,” Bilal was quoted saying in a report by News9.

Throughout the journey of making the car, Bilal has been watching and studying various luxurious cars which were made since 1950.
He said that he also studied engineering and innovator named Delorian who started a company DMC which helped him and equally motivated him to make a car that is luxurious and simultaneously affordable for the common people.