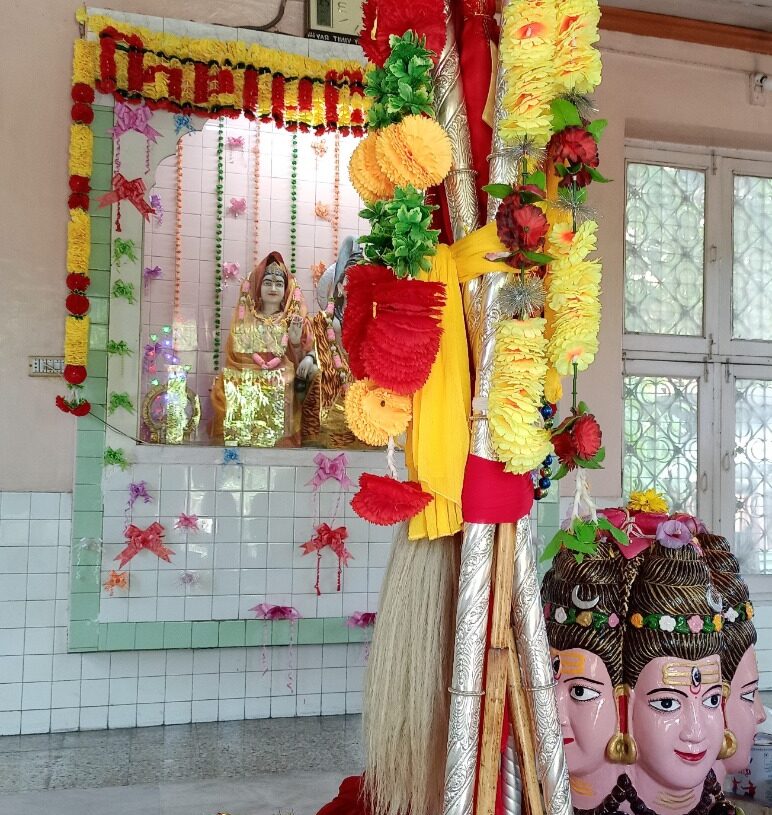 Srinagar: Amarnath yatra rituals related to the ‘Chhari-Mubarak’ (holy mace of Lord Shiva) will start from July 13 next week.

“As per the age-old tradition, rituals namely ‘Bhoomi-Pujan’, ‘Navgrah Pujan’ and ‘Dhawajarohan’ connected with traditional commencement of annual pilgrimage of Chhari-Mubarak Swami Amarnath Ji shall be performed at Pahalgam on auspicious occasion of ‘Ashad-Purnima’ (Vyas-Purnima) that falls on Wednesday, July 13 this year,” said Mahant Deependra Giri.

Giving details of further rituals related to the holy mace, the Mahant said: “Chhari-Mubarak shall be taken to historic Shankracharya Temple on July 28 and Sharika Bhawani Temple on July 29 before rituals are performed for Chhari-Sthapana at Shri Amareshwar Temple Dashnami Akhara Srinagar on Sunday, the July 31. After performing Chhari-Pujan at Dashnami Akhara Srinagar on auspicious occasion of ‘Nag-Panchami’ on August 2, the Holy Mace will be carried to Holy Shrine of Swami Amarnath Ji to perform pujan and have ‘Darshan’ on early morning of ‘Shravan-Purnima’ on August 12 after having night halts at Pahalgam on 7th and 8th of August, Chandanwari on 9th of August, Sheshnag on 10th of August and Panchtarani on 11th of August, respectively.”

The Mahant had earlier met Lieutenant Governor of Jammu and Kashmir at Raj Bhawan on July 1. He has urged the Government to make all the necessary arrangements and take the appropriate preventive measures for the safety and security of the Sadhus & pilgrims accompanying Holy Mace.

The Mahant also advised sadhus and members of civil society to get themselves registered who intend to join Chhari-Mubarak and stated that only registered pilgrims with valid Yatra Permit shall be allowed to accompany Chhari-Mubarak during the pilgrimage.

He said Mahadev Gir Dashnami Akhara Trust, Srinagar has made all the arrangements for the sadhus coming from across the country for annual pilgrimage.