7 students killed, scores injured in blast at Madrassa in Pakistan 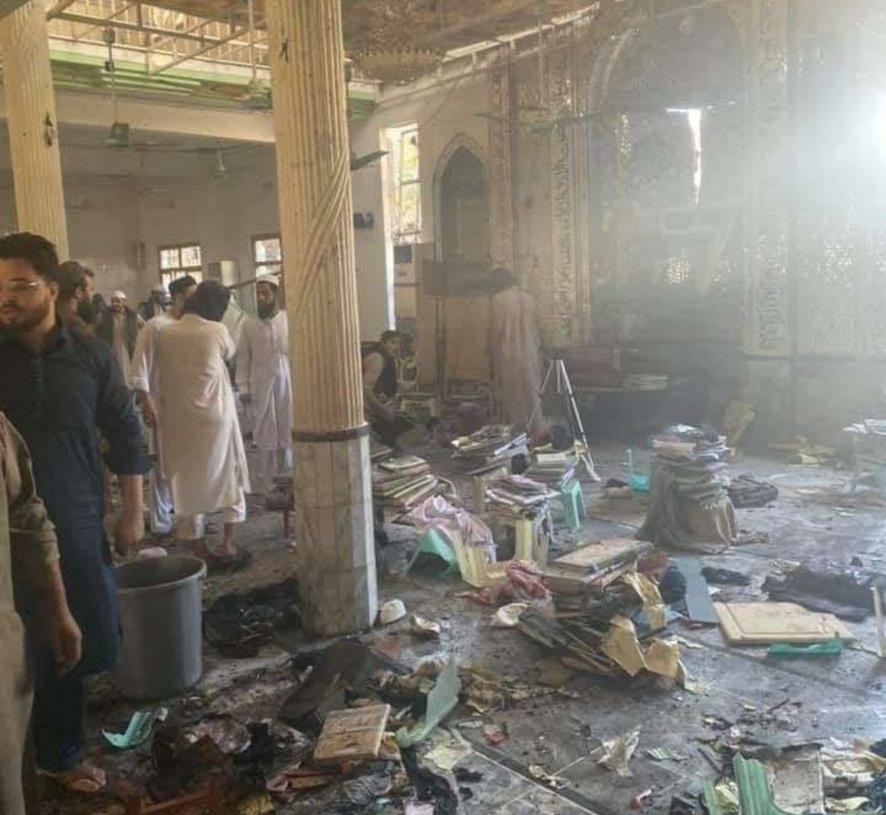 Peshawar: At least seven students were killed and scores more wounded Tuesday in a bomb attack on a Qur’anic study class at a religious school in northwestern Pakistan, officials said.

More than 60 people had been taking a lesson when the explosion tore through the madrassa in Peshawar, about 170 kilometres (around 100 miles) west of Islamabad, a senior police official was quoted saying by an international news agency.

“The blast took place in a seminary during a Qur’an class. Someone took a bag inside the seminary,” the police official said.

He added that the person who had brought in the bag left the lecture hall before the blast.

Another senior police official said that at least seven people had been killed with more than 50 wounded.

“Most of those killed and injured were hit by the ball bearings and some were badly burnt,” reports said.

All of the dead were men aged between 20 and 40, he said. Teachers and boys as young as 7 were among the wounded.

No group claimed immediate responsibility for the attack.

The blast follows months of relative calm in Pakistan.

Peshawar was once the epicentre of terrorist violence in the country, with jihadists targeting security forces and public spaces in the city near the northwestern frontier with Afghanistan.

Violence in Pakistan has declined in recent years following a series of military operations along the border, but terrorist groups are still able to carry out deadly attacks.

In 2014, Pakistan’s army launched a massive offensive to wipe out terrorist bases in the area and end the near decade-long insurgency that has cost thousands of lives.

The operation was intensified after the Pakistani Taliban killed more than 150 people, the majority of them children, at a school in Peshawar in December 2014.PromotedListen to the latest songs, only on JioSaavn.comhttps://www.jiosaavn.com/embed/playlist/85481065

Still, the Pakistani Taliban have been regrouping in recent months with several factions coming together in a pact, raising fears the jihadists may be regaining strength after launching a string of small-scale attacks on security forces along the border.