﻿Vote me for better representation in Parliament: Rasheed urges people 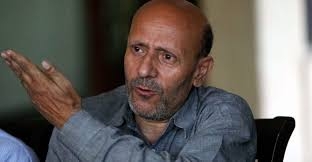 Srinagar, March 28: Addressing around a dozen gatherings in Sangrama and Pattan assembly segments at Wagoora, Mangam, Kalantra, Kachoo Muqam, Kreeri and Nehalpora and other places, AIP Parliamentary candidate Er Rasheed urged masses to vote for him so that their sentiments and aspirations can be represented better in the Indian Parliament, said the spokesman.

The spokesman quoted Er Rasheed as having said, “It is need of the hour to make masses in India understand that Kashmiris are not enemies of India but are are victims of circumstances created due to animosity between Delhi and Islamabad.”

“Unfortunately those who were voted to parliament from time to time never ever talked about aspirations of Kashmiris but they misled Delhi and Indian masses by presenting false narratives,” the spokesman quoted Er Rasheed in a statement said.

“It is right time for Kashmiris to make a difference between their friends and foes and send those voices in the parliament who can speak for their conscience and not for those who want to use and throw them,” Er Rasheed said.

Er Rasheed asked masses to make a right choice and said it is not difficult to change disappointment into hope as the choice lies with the masses and the least thing they can do is to vote for their conscience.

Er Rasheed thanked masses for listening to his concerns and assured them that he will make the beginning of a new era by speaking his heart out if voted to represent the sacrifices, sentiments, aspirations and sufferings of people of J&K.