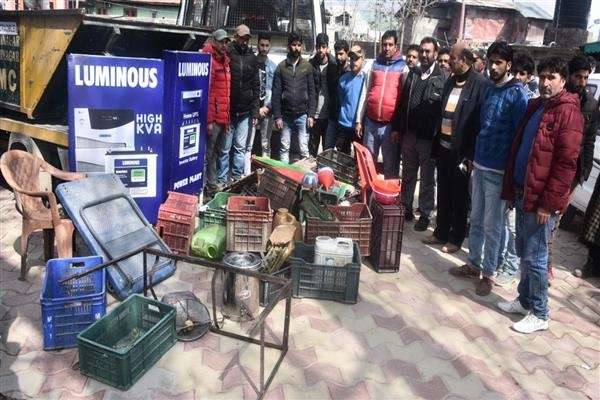 All the goods and displaying items outside the shops that has encroached on the public space were seized on spot.

The said area has been freed from encroachments during the drive.

Similarly vendors and Raidiwalla’s were dispersed by the officials of Anti encroachment squad during the drive.

They have been directed not to occupy footpaths or any public spaces.

Commissioner SMC Mir Tariq Ali said such drives shall continue and intensify in the coming days.

Dozens of truckloads of material was seized during the drive said Commissioner SMC.

Fine has also been imposed against the violators he further added.