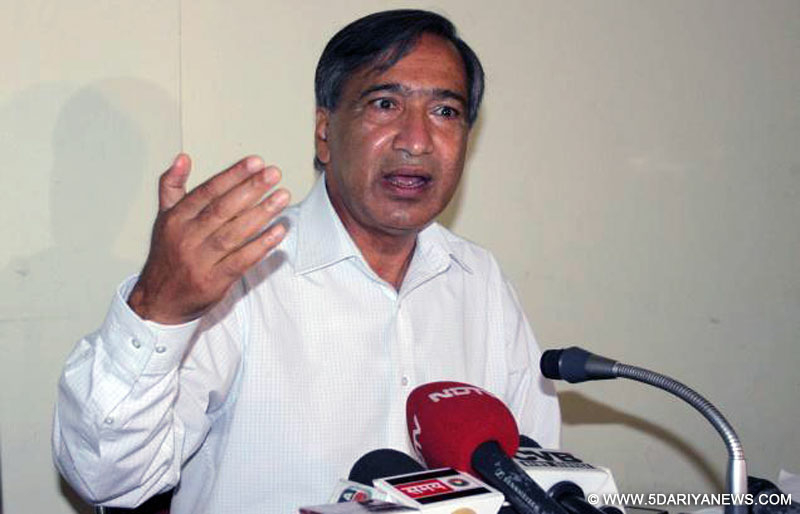 Kulgam, April 2: Communist Party of India (Marxist) senior leader Muhammad Yousuf Tarigami Tuesday said that India is not about Modi or Amit Shah but its beauty lies in its democratic and secular fabric.

In a statement issued to media, Tarigami while addressing a workers convention at Rest House Kulgam, said that the country’s openness to social and religious minorities and regional differences is at serious risk.

“We should not believe in hollow developmental lectures of BJP. The reality is that these hollow claims and superficial love of BJP for country hides the frightening and shrill reality of an increasingly Modi-led Hindu dominance of India,” Tarigami said.

He accused BJP of creating a divide and intolerance not only in India but in Jammu and Kashmir as well.

He claimed that proxies of BJP in Jammu and Kashmir were hand in glove with Modi led regime when Article 35A was challenged in the Supreme Court.

“BJP election manifesto of 2014 clearly stated that they stand for the annulment of Article 370. BJP harassed people to the extent that they want the time prior to 2014 back. The muscular policy of BJP for Kashmir changed the narrative. The lawlessness, random illegal arrests, raids and rights violations reached to its acme during BJP rule in Kashmir,” Tarigami said.

He said Modi’s regime effectively encouraged – a saffron-clad army of Hindu activists who created havoc across country. “It’s time for secular forces to join hands and keep BJP out of power. BJP destroyed institutions for vote politics. It spews venom against minorities and plays communal card to attract voters inimical to peace,” he said.